Every owner dreads that moment.. you go into the paddock to retrieve your trusty steed and you find something wrong.

For one owner of a certain cheeky pony, the discovery was pretty drastic! 'Witchy', a 30 year old pony, was trying her best to evade capture. She ran under a branch and unfortunately caught her ear on the way. To her owner's horror, the pinna (the flap) of her ear was almostly completely removed and the musculature of the ear was either ripped or exposed.

We made our way there as quickly as possible and assessed the situation. We had an elderly pony - never the best of anaesthetic risks - requiring some fairly major cleaning and stitching up. On our side, we had a lovely calm patient, an area that tends to heal well and some willing owners to give it a go.

We did as much preparation as possible before knocking her down, including clipping and flushing the wound copiously. Several pieces of wound were removed from her head. It was not possible to do much invasive work as it was obviously uncomfortable.

She underwent a short general aneasthetic, which enabled us to debride non viable tissue, remove more pieces of wood, flush more and suture back what we could. Multiple layers of absorbable sutures were used for deeper structures and non absorbable for the skin. A head bandage was applied to minimise 'dead space' (area between tissue layers that should naturally be in opposition), to optimise healing and to absorb discharge which should come out of the spaces left as drains.

She took some time to wake from the aneasthetic but rose smoothly and recovered uneventfully.

The wound healed very well. Another piece of wood erupted from the wound at around day 10!

You can see the photos - they are from the day of injury, day 4 and day 10. Then there's a photo from 9 months later, being a true Pony Club champion.

It goes to show that age need not necessarily be a barrier to healing big wounds, and that things can look awful but may not be as bad as you think so stay calm and ring the vet! 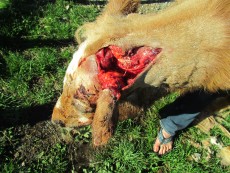 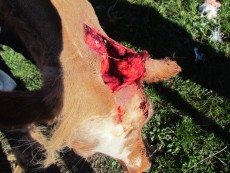 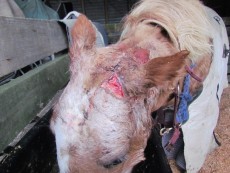 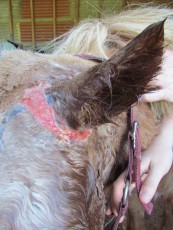 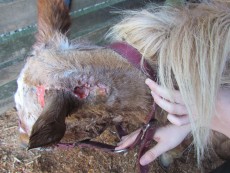 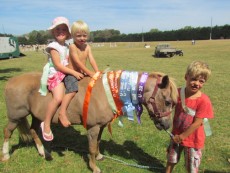 Correcting Crooked Legs in the Foal - what can we do? A 'windswept' foal case

Why do foals become windswept? What treatment path can we take? What outcome / prognosis does this have?
Read more > 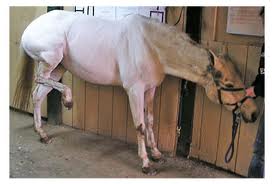 Come along to learn more about colic in horses - gold coin donation entry, to go to SPANA
Read more > 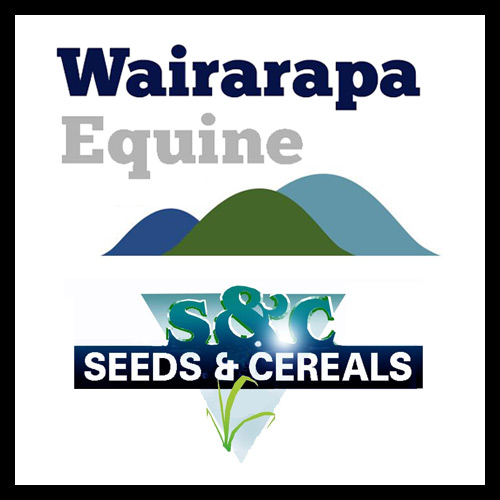 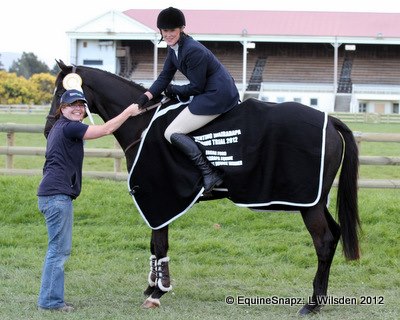 Sedating Horses to Clip - Some Tips 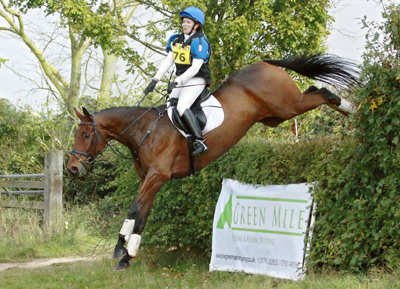 Who are Wairarapa Equine?

Meet our team, some of our patients and the Vet Services clinic: